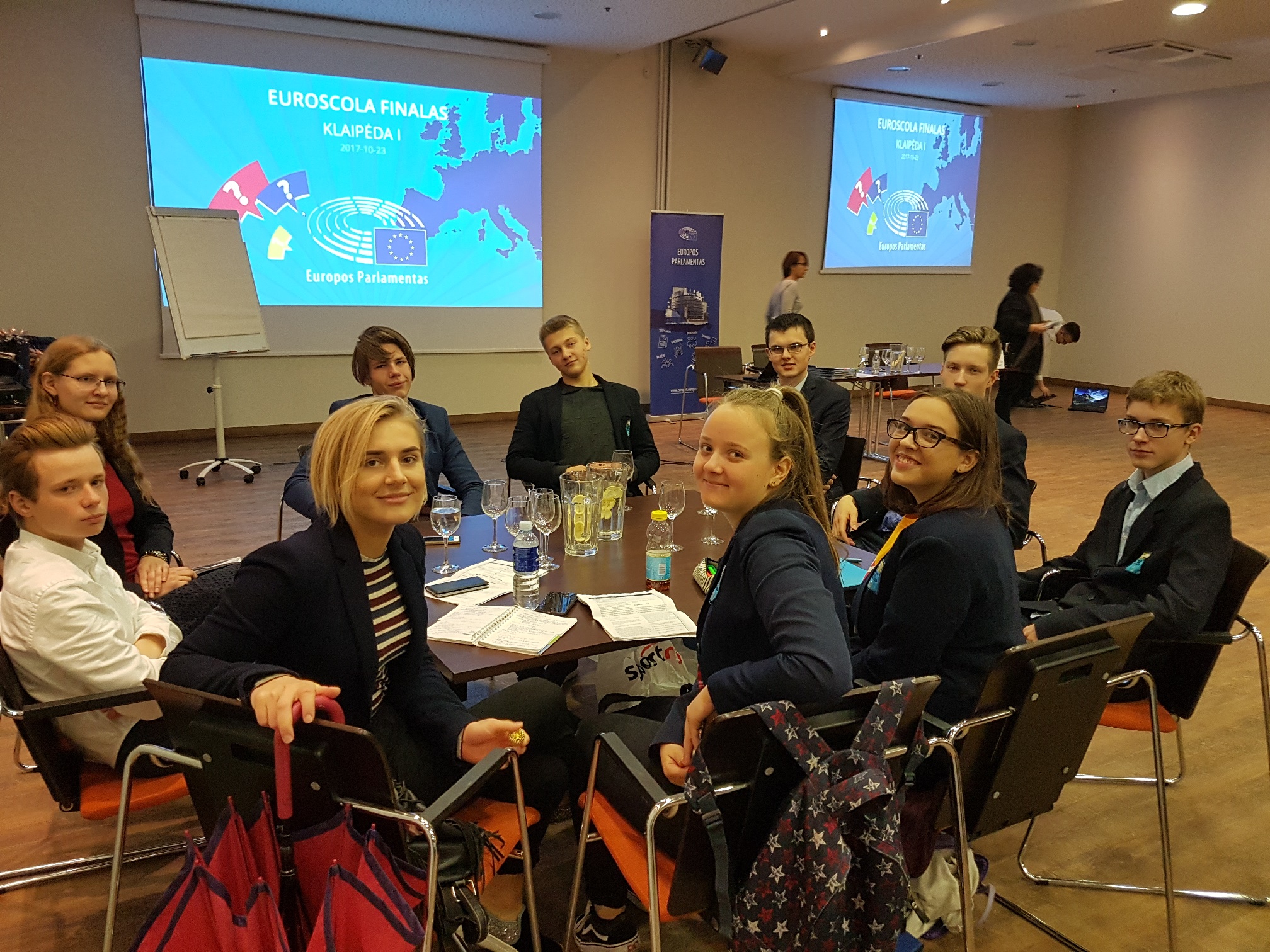 On October 23, the team of ten people from Palanga Senoji Gymnazija participated in the final stage of Euroscola competition organized by the European Parliament Information Office in Lithuania. This participation encourages young people to become familiar with the work of the European Parliament and the ongoing processes in the EU. This year the gymnasium was represented by graduate students Kotryna Duonielaitė, Povilas Nagreckis, Leonardas Augustas, third-year students Mantas Birškus, Donatas Žalgiris, Marius Mačys, second-formers Austėja Daukšaitė, Aistė Dulkytė, Justė Jankauskaitė and Dovydas Žemaitaitis. All teams participating in the finals started the competition with one-minute live presentation – ourstudents read their poetry and danced „Hakka“ dance. In the second round, in the quiz, there were 61 questions about the history of the EU, the EU institutions and their role, the European Parliament, its powers, the organization’s structure, decisions, legislation and the institutions involved, the most important events and news. It is a team task which was performed orally. Round III is „The European Union: Countries, People and More“. „In which country was the ballpoint pen invented?“, „Where was the famous architect Antonio Gaudi born?“ These and other similar questions, 50 overall, had to be answerted in writing and tested the participants’ knowledge of EU countries, their history, culture, geography, literature and art. Although the team of Palanga Senoji Gimnazija, who had been hoping to win, came second, they were glad that very strong teams from Klaipėda were left behind. According to the teacher of geography Nerijus Vaišvilas, member of Erasmus+ team, who coached thes students for the competition, it is the result of long and careful work, cooperation and team spirit. The teacher is positive that the students who are part of Erasmus+ team have gained a lot of knowledge about the EU and will be able to work efficiently in ‚DARE‘ project and share their konowledge with the students not only from their school but but also from partner schools of Erasmus+ project.