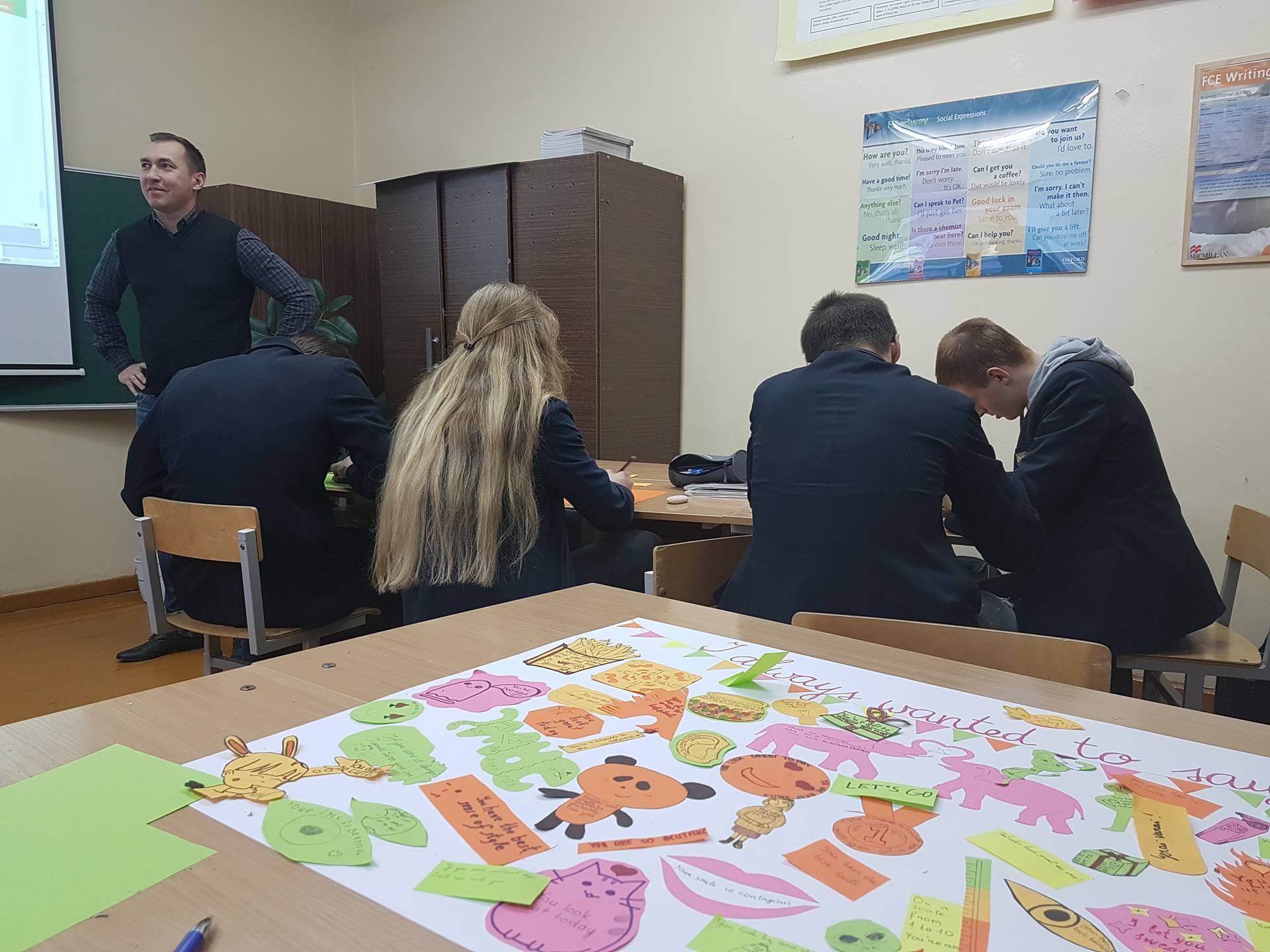 Our approach is combined with fun and the activities were adapted to the students’ abilities. Ersamus+ team initiated an innovative approach – lessons during which students write compliments to each other in foreign languages they learn: French, German, Russian and English. Working in groups in 4-6 students had to think about their classmates personality qualities they admire, their academic achievements, hobbies, talents, support they have received from each other and express their appreciation in a foreign language. The students used paper and online dictionaries to look up the necessary words, peer-teaching took place. A sense of achievement was stimulated: everybody wrote compliments according to their abilities and everybody received compliments. ‘School dropouts’ successfully joined the activities, a very positive and friendly environment was established in all the classes. Students’ creativity was well established: some students drew or cut pictures alongside compliments, they created ‘trees’, ‘bunches’, ‘ships’, ‘seas’ of compliments and many other creative ideas. More than 300 students were involved. However surprising it might seem, the senior students described the lessons of ‘Writing compliments’ as ‘the best lesson ever’. We would like to say special thanks to our colleagues Zivile Vaiciuniene, teacher of French, Giedre Arlauskiene, teacher of German, Liudmila Auguceviciene, Nijole Redikiene, Aurelija Jazbutiene, teachers of Russian, Vitaly Kirilov and Ausrine Janusiene, teachers of English. 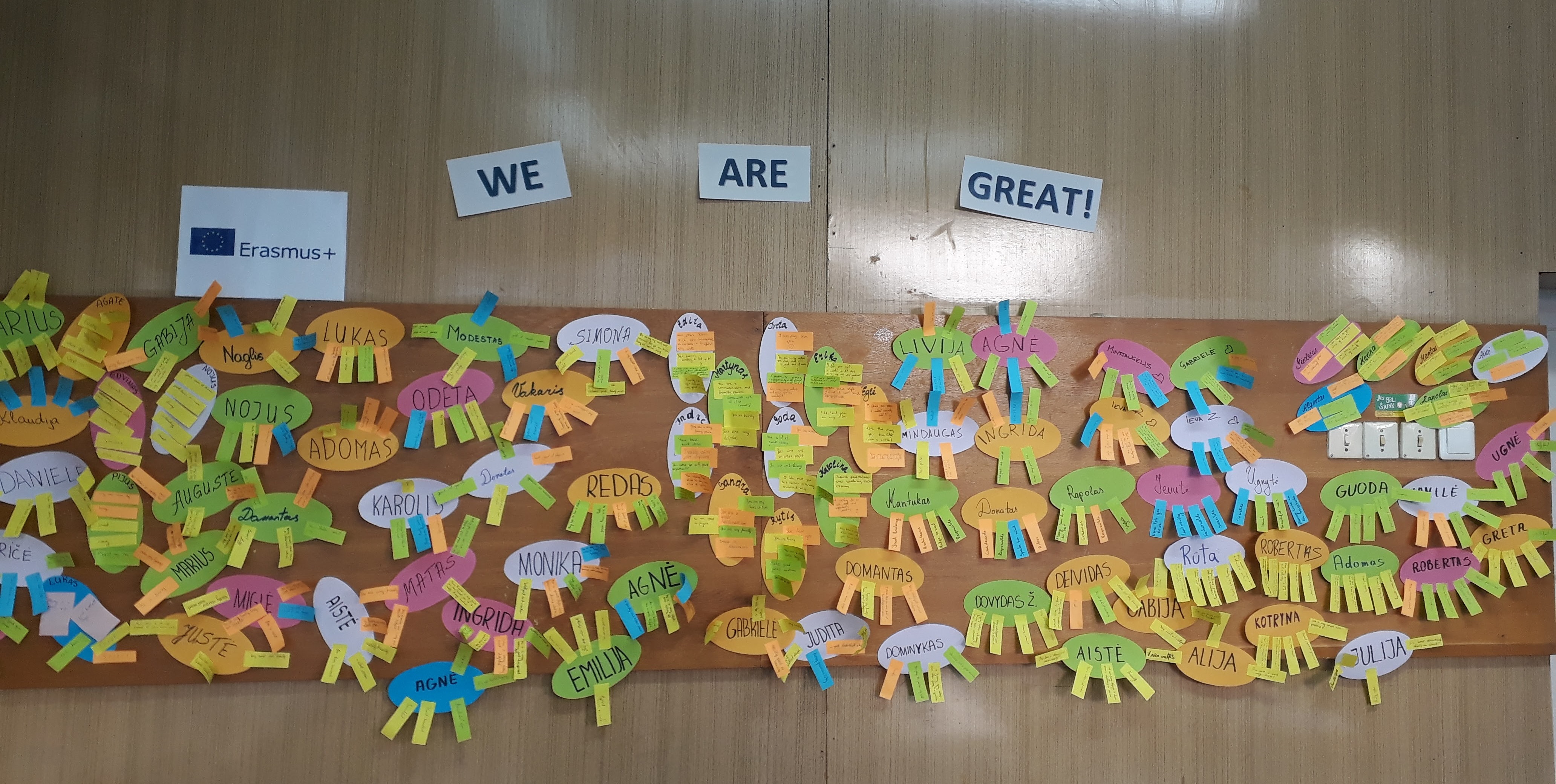